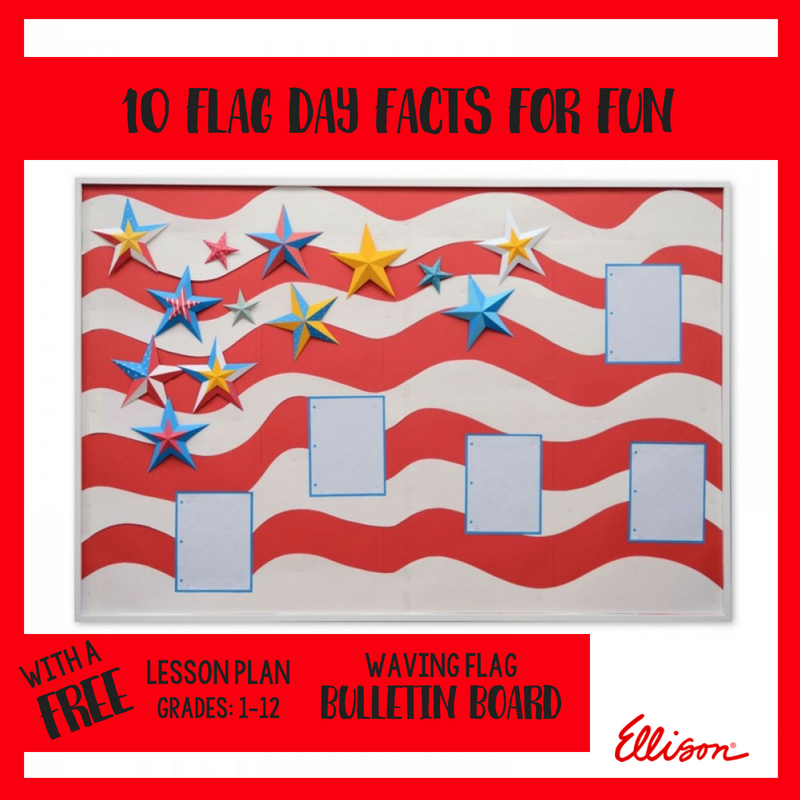 Happy Flag Day! Did you know that our flag is 242 years old?! Its so crazy to think that our country adopted our flag allllll the way back in 1776. But that's not all! We found 10 really cool facts about Flag Day that we want to share with you! Buckle up, we're about to take a tour through history!

Thanks so much for joining us today! If you have a moment, we invited you to check out our FREE lesson plan for our Waving Flag Bulletin Board. While school may be out for you, this lesson plan is perfect for ANY U.S. holiday with our flag, like Memorial Day, President's Day and Veteran's Day, just to name a few that happen during the school year. Check back later this week for some more fun blogs!

*Offer valid for first-time registrants only

You've been added to our mailing list. Be sure to check your email for a special treat.